From 1750 to 1850 the population rose by over 70%, reasons for this included the introduction of the smallpox inoculation, marriages were allowed at a younger age, child labour which gave more money to the family and changes to poor relief using the price of bread and the number of dependants as a basis for payment. The increased population and the enclosure of common land led to a rise in poverty levels.

The Speenhamland system, named after a meeting held in Speenhamland in 1795, was intended to help the rural poor. Local magistrates devised a system to help the poor when grain prices rose steeply. Grain prices however, could rise because of a bad harvest, and merchants and hoarders were also blamed for the shortages.

Families were paid extra “top up wages” according to a table, this level was based on the number of children and the price of bread. The payment of this “poor rate” fell on the landowners of the parish concerned. Other ways of helping the poor like the “Workhouse” were funded through parish unions. The system was popular in the South of England and William Pitt tried to get the idea passed into legislation but failed.

A report in 1834 called the system a “universal system of pauperism”, because the system allowed employers to pay very low wages, the parish would make up the difference and keep their workers alive. The workers low incomes were unchanged and poor rate contributors subsidised the farmers. A series of “Poor Laws” were passed that eventually led to parish ratepayers paying £8m by 1850.

By the mid 1700s a debate on the advantages of allotments was put forward stating the following as the main reasons for allotments. It would reduce the amount of poor relief, reduce crime and immorality, and stem the flow of people to industrial areas. It was considered that a family would require a minimum of 2 acres.

Around 1770, 25 acres were given over for use by the poor near Cheltenham. The poor rate was reduced to 4 pence in the pound in surrounding areas where rates were as high as 5 shillings. Several Lords followed this lead and provided allotments, rules set out at the time included regular church attendance, you lost your plot if you were convicted of a crime, and you had to act in a decent and orderly manner.

There was great opposition by farmers and landowners against all attempts to form a legal structure for the formation of allotments. In 1782 an Act did allow for the enclosure of 10 acres of land near the “Poor House” for the paupers of the parish. This was only a voluntary arrangement and legislation followed this voluntary format until the early 1900s. Several attempts were made in the 1790s to provide allotments by Enclosure Acts. Opposition to allotments from the gentry and others, “making people grow their own poor rate” was how one person described it. Other arguments were that it would reduce mobility of labour and that since not all those who wanted allotments could have them nobody should have one! It was thought that provision of allotments should be by charity not acts of parliament.

In the early 1800s the potato became a staple food of the poor and it is claimed that half of allotment land was used for the production of potatoes.

The first major act in 1819 gave Churchwardens and Poor Law overseers the power to purchase or lease land and let it to the poor and unemployed of parish. This was not very successful because labourers thought their wages would be reduced because they were using parochial land, and some farmers said they would not to employ people with allotments. By 1850 there were about 100 allotments nationwide.

The mid 1800s brought hard times for the rural poor, there was a surplus of labour with soldiers returning from the Napoleonic wars, the threshing machine led to automation and reduced the need for labourers and poor harvests in 1829 & 30 led to wages being reduced.

During the next 2 years riots spread across the country with the destruction of machinery and burning of hayricks along with a spate of robberies and burglaries. Penalties were draconian with 19 people executed and 1000 jailed or transported.

The formation of the Labourers Friendly Society by Benjamin Wills, a surgeon, in 1832 promoted the use of plots of land at low rents for use as allotments.

Wills received support from several notable people including the Dukes of Bedford and Shrewsbury and the Bishops of Bath and Gloucester. A monthly magazine was distributed and over 20 MPs subscribed to it in 1833. Agents travelled around forming local branches and over the next ten years over 60 local societies were formed providing 800 acres of plots and by 1850 there were around 100,000 plots.

By the 1870s there were in the region of 240,000 allotments averaging ¼ acre, and 1 in 3 agricultural workers had plots. Rents were quite high at around £1 – £2 for a ¼ acre plot, 4 times the price of farmland, the average labourers wage was 12 – 15 shillings per week. Several acts were passed and the General Enclosure Act in 1845 allowed the formation of a field garden for the use of the poor after the enclosure of land in a parish. This was not very successful as the enclosure commissioners only set aside a small amount of land.

Allotments were associated with rural areas but as the country became more urbanised, undeveloped land within towns and allotment sites swallowed up by development meant that towns such as Leeds and Southampton had allotments. Urban dwellers were becoming allotment holders about this time plots were 10 poles the size of most plots today.

Between the 1870’s and 1913 the number of allotments grew to 1.5 million. The reasons for this increase were legislation, changes in local government, and shortage of food during the war years.

The formation of the National Farm Labourers Union in 1875, changes in local government organisation in the late 1880s, the formation of Sanitary Districts in 1875, County Councils in 1888, and Rural and Urban Councils in 1895 lead to many Acts of Parliament relating to allotments being passed.

The Smallholding and Allotments act of 1907 forced councils to ascertain how much land was required for allotments. The Board of Agriculture was given the power to hold independent enquiries where councils had not carried out their job.

In late 1916 the Cultivation of Land Act was passed, the Board of Agriculture could secure unoccupied land for allotments and spare railway land came into use. By 1918 it was estimated that there were 1.5 million plots and soon afterwards new applications were about 7,000 a week.

The 1920s saw further legislation laying down the maximum size of a plot, it required 6 months Notice to Quit and compensation for plot holders and required councils to form Allotment Committees (removed in an Act in 1972).

A very important act of 1925 forming “Statuary Allotments” meant that councils could not sell or reuse the land without the consent of the Ministry of Agriculture. In 1929 the allotment land became non rateable.

The 1920s and 30s saw a decline allotments. The Second World War and the “Dig for Victory” campaign meant that pasture land, railway land, bomb sites, front gardens and spaces in parks were turned into allotments. The government produced leaflets on aspects of growing fruit and vegetables and introduced National “Growmore” fertiliser. By 1944 there were 1.75 million plots in use.

Between 1945 and 1947 three quarters of a million plots disappeared, this decline continued though the 50s and 60s and today there are an estimated 200,000 plots nationwide.

Allotments may take on a greater leisure role but pressure from development means that like on the continent we will have to fight to keep allotments in many areas.

The biggest problem facing Allotment Authorities today is lack of land. Old sites have been sold off and are either under housing or roads. 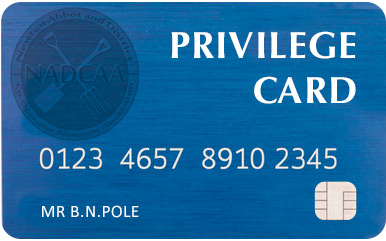 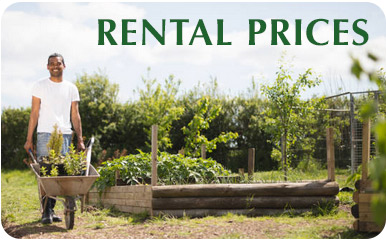